The best part about dressing up for winters is that you can carry your vintage wardrobe and can keep repeating it with style and confidence. Here is a list of 7 winter styles that have kept the ball of style rolling for decades.

Leather jackets have always trended both in the men as well as the women sections. Since 1900s, when they were worn by aviators and members of the military, leather jackets have been the most stylish trend for winters. Be it Jim Morrison’s sexy black jacket that he wore during his rock performances or Brad Pitt’s famous red jacket in Fight Club, these jackets have maintained their charm since till now and are surely going to win over the generations to come.

Designed for walking through snow, water and mud, boots were initially worn by anglers. They migrated to mainstream fashion in 1960s. It isn’t hard to believe that they’ve regained popularity and have even become a sexual fetish for the present generation.

Originally designed to keep us warm and cozy, by the middle of the 20th century scarves emerged as one of the most essential and versatile clothing accessories for both men and women and they continue to trend, specially during winters.

Both topcoats and overcoats have a unique charm about them, not just in terms of keeping the body warm but also in having been patronized by the world of fashion. Everyone would agree to the fact that this style from the 1850s is still the biggest draw for those seeking an escape from the dominant fashion of jackets and hoodies.

Many of the 18th and 19th century style of overcoats like frock coats still conform to fashion.

Fur is one of the oldest forms of clothing. It’s interesting to note that fashion houses and their collections continue to impart a degree of furs to winter apparels. Fur jackets and dresses have been endorsed by many new generation designers.

Sport shoes or running shoes are an escape from the mainstream fashion. And thus, they can definitely be preferred by those who want comfortable footwear and wish to make a style statement at the same time.

The last one in the lot, poncho is the most ancient ways of keeping the body warm. This style has been there since 500 BC and still conforms to fashion. Imagine the feeling of wearing an almost blanket like piece that doesn’t look bizarre, and rather looks classy. Wearing colorful ponchos over plain and boring winter apparels can surely be a great idea. 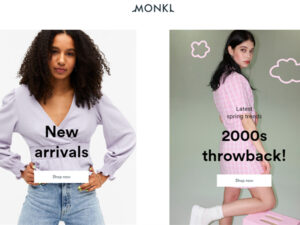